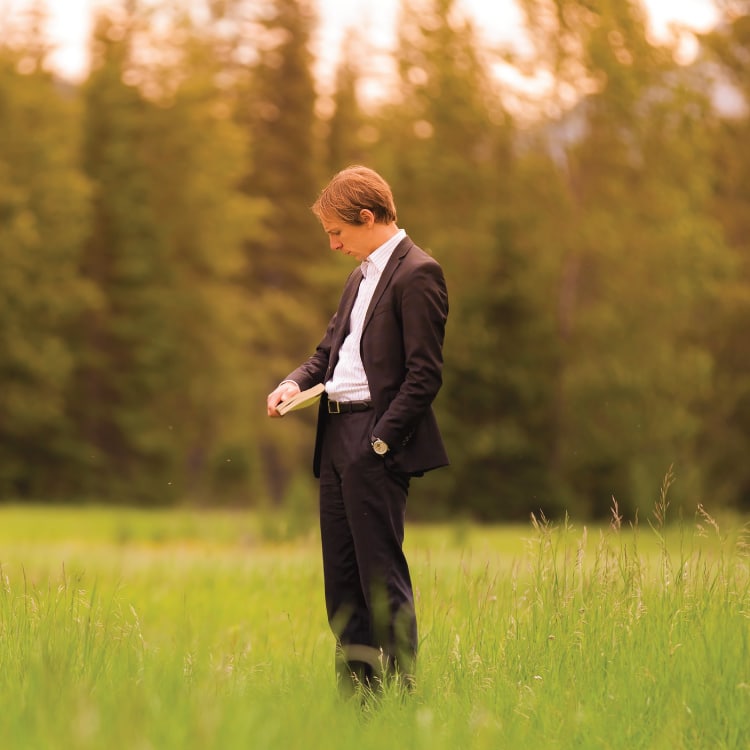 William Cunningham is a pianist and composer known for his profoundly touching compositional works and masterful improvisational abilities. Performing frequently throughout Canada, Asia and the USA, he began playing piano and composing at the age of seven and is primarily self-taught. His most popular works are: “Enchanted”, “Magic Hands”, “Orchid”, and the “Poem” series. His first album was released in 2001 “William”, followed by “Temperance”, “Conception” and “Enchanted”.

At the age of eight, William began performing 30-minute sets at local concert venues in Western Canada and by the age 16, embarked in his first recording at the CBC Glenn Gould Studio in Toronto, Canada. At the age 18, he was invited by the renowned entrepreneur Jim Pattison for a solo concert-performance at his year-end company meeting in Vancouver, Canada. During the same year, Cunningham went on tour in Cuba, presenting solo concerts in four cities over eight days.

William was the opening performance for pop artists Peter Frampton and Michael MacDonald in collaboration with academy award winner Marjoe Gortner. From 2005 to 2010, William composed and performed his pieces at the Fairmont Banff Springs Celebrity Sports Invitational Fundraiser for notable celebrities, politicians and business people––some of which include Robin Williams, John, F Kennedy Jr, Buzz Aldrin (the first man on the moon), Alec Baldwin, Catherine Zeta Jones, and Michael Douglas.

William has completed numerous recordings at both the CBC Glenn Gould Studio in Toronto, Canada and the Banff Centre for Arts & Creativity, in Banff, Alberta, Canada. His music offers listeners an audible narrative that excites the creative spirit and evokes inspiration––bringing people into the present moment––making music a metaphor for life!