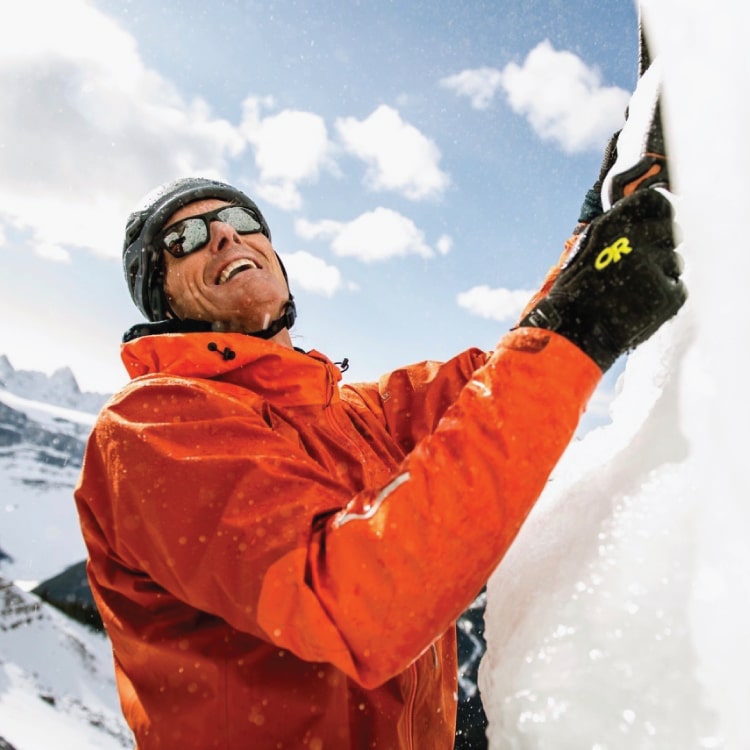 Jim is one of Canada’s few elite Alpinists whose focus has consistently been on a search for new more difficult routes on the world’s most challenging mountains. While Everest today is climbed mainly by the route Sir Edmund Hillary climbed in 1953, Jim’s quest on Everest was to try an unclimbed route by fair means – without the use of traditional Sherpa support. Jim journeyed to China in 1983 and after three weeks of negotiation with the government returned to Canada with a permit to climb the mountain in the spring of 1986. He called this expedition Everest Light.

Over the next three years Jim combined his abilities as a visionary, team leader, educator and motivator in leading the history-making Canadian Everest Light expedition. Against enormous odds in extreme conditions, over seventy-six days, Jim led the small, dedicated team in pioneering a new route up Mount Everest, enabling Sharon Wood to be the first North American woman to reach the summit.

In the last three decades only two other new routes have been climbed on Everest and despite seven attempts no other expedition has successfully climbed the Everest Light route. On November 7, 2007, shortly before Sir Edmund Hillary’s death, Jim received an award of recognition from the Sir Edmund Hillary Foundation for his outstanding leadership of the Everest Light Expedition.

Jim of the Iron Will: Everest is only one of his many stories. His life is filled with story after story of triumph over hardship: surviving days high up on a mountain without food (on one climb in the Himalayas, six days), and descending in a storm; falling thirty feet into a crevasse, rescuing him self in a dramatic life and death struggle, then crossing the glacier alone till he was off the mountain; Jim and a climbing partner, on an untried route in the Canadian Rockies, when a freak August snowstorm confined them to a six inch ledge where they spent two nights without sleeping bags, nearly dying of hypothermia. They finished the climb and when a rescue helicopter located them, Jim waved it away, walking another day to his car. This route still awaits a second ascent.

Those who go beyond the fleeting glory and prestige of the summit discover within themselves poetry of deeds.

When Jim looks at you, you recognize someone who has looked harsh fate in the face without flinching. Jim not only looks the part of an adventurer – at six foot 4, 215 pounds, with strong features – he is the real McCoy. When he speaks, what he says rings true with the deep authenticity of having been there. Yet he is not just a hardened adventurer, he is a leader who knows when to give way to others and let them lead.