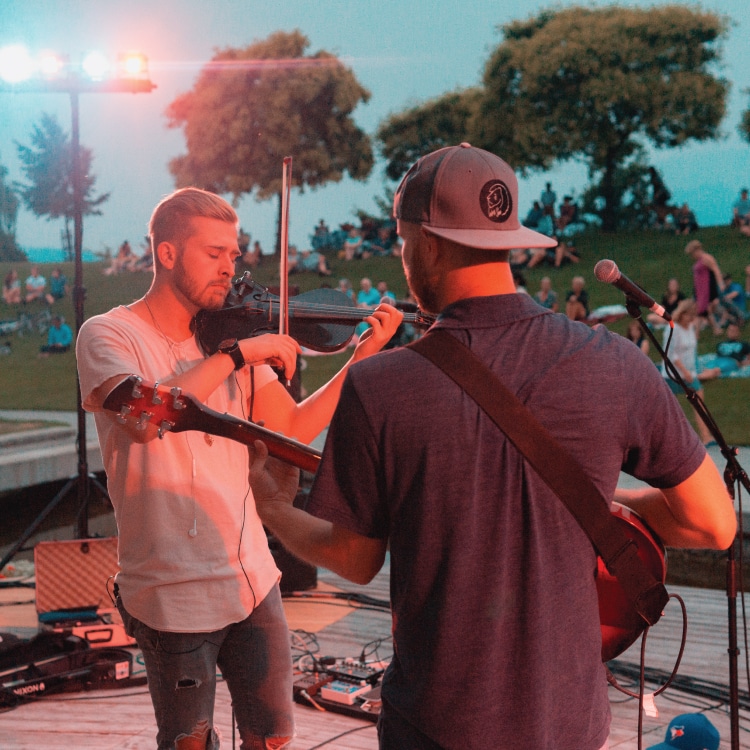 Impavid; an Indy folk duo that integrates an edge of soul. These two brothers make a huge wave of sound, combining synth, percussion, and kick drums with a classically trained violinist and a songwriter poet. As passionate musicians, and award winning multi-instrumentalists, they take a fearless approach to spreading love to their fans.

Impavid was born out of the end of a successful musical project between best friends called Wild Son. During that time, they raised over $10,000 to fund their self-titled album which was played on CBC Radio as well as radios across Western Canada. Mitch and Kieran are sought after musicians in the Kelowna music scene allowing them to place top three best musical acts, four years in a row(also winning Gold) for Best of Kelowna. With 2 profitable and well received tours already under their belt they are looking forward to writing/creating new music this fall.